Lately, escapism has been my life’s theme. I’ve always equated summer with getaways, and getaways are forms of escape. We escape our everyday lives in a number of ways, one obsession at a time. I get into the awful habit of obsessing over one thing to avoid confronting another. (If only I could shift my focus to more important things, instead of the trivial things I choose to obsess over, I would have this thing called life figured out).

After over 30 days of self-love, my life wasn’t feeling as balanced as it could. I felt like my fire had gone out. I was experiencing that feeling of complacency again, and I just needed to keep pushing. The day-to-day became a drag. Life became work, and going out became an escape. I felt like I had lost all traces of my of creativity, my freedom, and my passion. My sheer irresponsibility and frivolous spending on overpriced food and drinks certainly didn’t help my case. I was avoiding the inevitable; I would have to confront my decisions eventually.

I’m not the best at math, but I knew that I had to add or subtract something to help me regain my sense of balance. So, I added skateboarding, and I haven’t looked back. 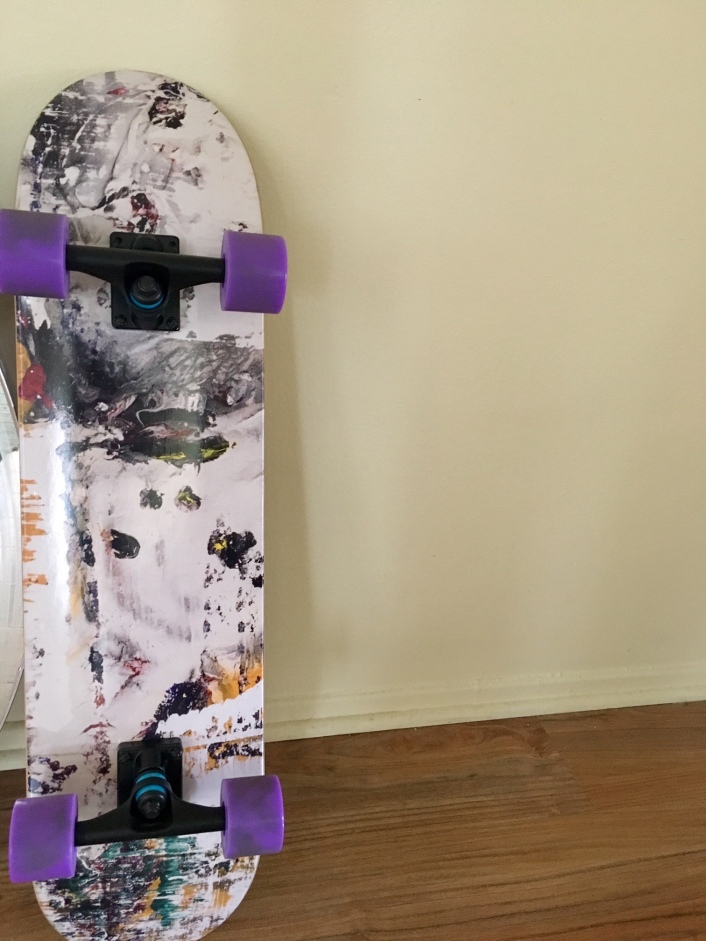 I had been wanting a skateboard ever since Lupe Fiasco dropped ‘Kick Push’ back in 2006. As cliché as it sounds, that song has always metaphorically resonated with me. Its message about the freedom, passion, and perseverance associated with skateboarding (among other things) is one that no other artist has been able to communicate quite as creatively. My curiosity for skate culture and my fear of busting my behind on the concrete finally met, and I made one of the best purchasing decisions I had made in a long time.

What resonates the most with me about skate culture is the anti-establishment sentiment, the need for freedom, without rules and inhibition. Work takes up a huge chunk of my life. Being social takes up another. Minus the writing and journaling that I do, I had lacked an activity that was both challenging and rewarding. Then, I found skateboarding, which also happens to be a physical activity– bonus points!

One of the greatest challenges of learning how to ride the board is finding balance. Go figure. It’s about engaging your core, such is life. Learning how to skateboard has renewed my hope, and more importantly, it has helped me regain my balance in life. I’m a beginner, so of course, I experience falls. After a while, you just expect to fall. Even the greats wipe out every now and then. However, when I’m properly balanced on my board, I am centering my energy so that I don’t fall off. This very concept is applicable to my life. Here’s to catching ourselves when we fall, getting back up, and continuing to push. Skateboarding is officially bae.

First got it when I was 28, didn't know how to skate…Now, I catch more vibes than feelings. I embrace the concrete. Some say I have a death wish. Oh well 🤷🏽‍♀️. Best investment I've made in a while. #skateboard #skatelife #skateboarding #skateboardingisfun #beginnerskater #tomboystyle #deathwish #bakerskateboards #losangeles #laskateco #itslit

iThere are no comments